Your competent partner for blockchain and distributed ledger technologies.

As a consulting and development partner, we have specialized in the implementation of innovative blockchain technologies since 2017 and have built up extensive knowledge of current frameworks and standards. In doing so, we realize prototypes and applications based on common blockchain platforms such as Ethereum, Quorum, Hyperledger Fabric and Corda. During the implementation of your blockchain software, our specialists work closely with you and take over the complete development process, from analysis and implementation to testing and acceptance. 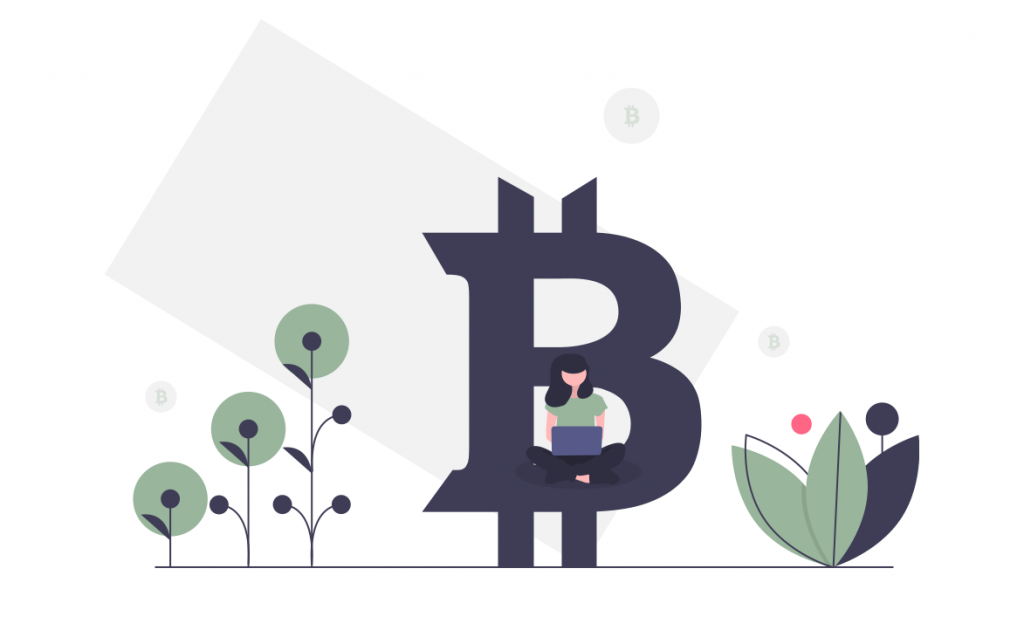 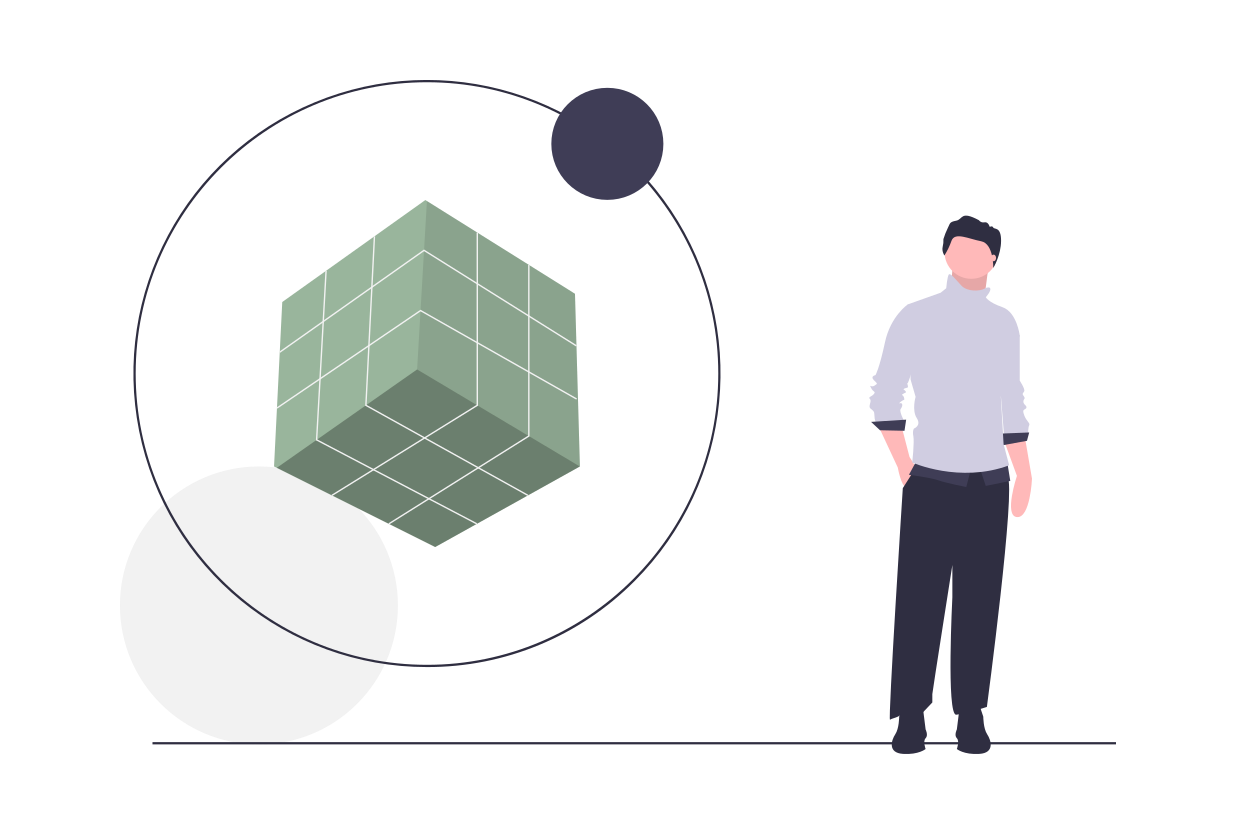 What is the Blockchain?

As an add-on, it also offers the possibility of tokenizing real assets of all kinds, such as real estate, rights, shares, and other goods, managing them digitally and transferring them peer-to-peer. Information stored in the blockchain is trustworthy, immutable, as well as true to time and is always available in real time.

This eliminates the need for a central authority to vouch for the authenticity of the data and also allows transfers of ownership to take place without any intermediaries.

YOUR BENEFITS FROM USING BLOCKCHAIN TECHNOLOGY

All transactions between participants in the peer-to-peer network take place without intermediaries or third parties such as banks or notaries. The elimination of trust-building intermediaries leads to massive time and cost savings, as well as to the automation of business processes.

Smart contracts are programs that run on a blockchain and are based functions that are executed automatically when certain conditions occur. They can be used to automate processes as well as recurring activities and to agree on business logics in advance in an immutable and tamper-proof manner. Smart contracts can generate massive time and cost savings.

Blockchains are immutable. Once stored, data can no longer be deleted. All transactions are documented unambiguously and traceably with a time stamp. Every value and every transaction can be assigned to a participant without any doubt.

Redundant data storage with numerous replications protects against system failures and data loss. All information on the nodes is identical. This ensures high integrity of the stored data and makes hacker attacks on the network impossible.

The blockchain enables an analysis of data across company boundaries. This creates an accurate, real-time insight into the respective market situation.

The distributed data storage of a blockchain enables trust-based networking, as well as business interactions between different value-added-partners across company boundaries.

Distributed data storage enables manipulation security and integrity of the data. In addition, the data (blocks) are interlinked by cryptographic procedures.

Availability and Quality of Data

The data is complete, consistent and always available in real time in the blockchain.

Digital identities are digital representations of entities such as persons, objects, organizations and devices on the blockchain. Digital identities enable unique identification and trusted interaction between the respective entities.

With the possession of self-sovereign digital identities, individuals can decide for themselves with which parties and to what extent their information is shared. In doing so, users manage their own data in a decentralized way.

We have worked extensively with blockchain-based identity frameworks such as Hyperledger Indy and have extensive expertise in World Wide Web Consortium standards such as Digital Decentralized Identifiers (DIDs) and verifiable claims.

IoT & Digital Twins
Blockchain technology is well suited for IoT scenarios, as IoT applications are typically distributed and require instant communication among a wide variety of devices. It can contribute to a machine economy, in which machines communicate with each other without any human interaction and also process automated payment transactions.Digital twins link real objects with their digital images throughout the entire product life cycle. They enable the transparent transfer of data and values without intermediaries. Digital twins can benefit a wide range of industries. For example, they optimize manufacturing and supply chain processes through real-time monitoring and can be used for predictive maintenance and repair in manufacturing.
Supply Chains
The blockchain offers enormous potential for optimizing entire supply chains. For example, the origin of a product can be traced seamlessly along the entire supply chain. In addition, there is an improved exchange of information between all parties involved about production processes and deliveries of products. The blockchain enables tracking and tracing of orders and transport routes. This creates unprecedented security and transparency, which leads to a significant reduction in costs and a streamlining of administrative processes.A transport by a logistics service provider is always associated with payments. The blockchain can take over payment processes in a fully automated way and pay all stakeholders who have taken over transport by train, ship or truck. This reduces workloads and eliminates the need for transactions recorded on paper.
Mobility
Blockchain-based solutions are changing the way we get around and making new smart mobility concepts possible. These include sharing apps that allow users to jointly rent means of transport such as cars, e-scooters or bicycles, platforms for intermodal tickets and autonomous driving.The use of blockchain technology is enabling completely new business models that help to use means of transport more efficiently and ecologically, optimize billing processes and reduce traffic accidents by predictive analyses. Blockchain is leading to a disruption of the entire mobility industry.
Energy
With the growing number of players, energy is becoming increasingly decentralized and small-scale. In addition to the familiar market participants, people who previously acted purely as consumers are also becoming producers (prosumers), for example by generating energy themselves with photovoltaic or wind energy plants and feeding it into the power grid. Of course, as the number of operators and plants increases, so does the need for coordination. This is where distributed ledger technologies can usher in the next energy revolution and also revolutionize the energy market in the long term. They help not only to prove the origin of electricity, but also to efficiently document energy flows. With the blockchain, green electricity in particular can be marketed lucratively and direct peer-to-peer electricity trading between producers, consumers and prosumers can be realized.
Finance and Insurances
Blockchain technology is considered a game changer for the entire financial industry and thus also for major banks and stock exchange drivers. Its fields of application are diverse and range from digital currencies, financial assets (shares, bonds, derivatives), property or land rights (land register entries) to clearing services.Decentralized Finance (DeFi) is the mega trend in the crypto space to achieve high returns with cryptocurrencies. Using the Blockchain, traditional financial products are transformed into trusted and transparent protocols that run decentralized without intermediaries (decentralized exchanges, stable coins as well as lending).Blockchain and smart contracts can also be used to cover many traditional insurance claims. For example, premium payments can be managed and the payment of benefits in the event of a claim can be handled fully automatically. For InsurTechs and insurers, this results in numerous services such as peer-to-peer insurance or microinsurances.

We use cookies on our website to provide you with the most relevant user experience by remembering your preferences and repeat visits.

By clicking "Accept All", you consent to the use of ALL cookies. However, you can visit Cookie Settings to give controlled consent. For more information, see our More information

These cookies & technologies enable improved functionality and personalization. This means that our services may not function properly if they are disabled.